Two years ago I walked out of the classroom in the middle of the spring 2014 semester to become an organizer on SEIU’s Adjunct Action campaign (now called Faculty Forward ) in the Bay Area.  Nothing is as simple as a single sentence. The transition from academia to civilian life after nine years of precarious employment as an adjunct professor* doing side gigs and being on a job search was and has been a financial and emotional roller-coaster ride. Adjuncting was a financial and emotional ride also, but more like the “rotor”–that one where everything spins and then the floor drops out from under you. One of the floors that dropped away for me was my art practice. I didn’t have money to keep up on current software or buy materials. I didn’t have head space to find my creativity when I had to go on and off of unemployment and constantly look for work. For two years before I left teaching, I kept trying to tell myself it was okay I wasn’t an artist anymore, that other things in my life were okay besides my career and art practice. Of course those are the two reasons  I incurred an unreasonable amount of student debt. Not surprisingly, my self-talk didn’t work. I was deeply depressed and had wound myself up into an angst-ridden ball of self-flagellating failure. When I got my new job, I was obviously glad to be out of that mess, but I was sure it cemented the fact that I was no longer an artist.

Today I am clear I am still an artist. I found my way back to my art practice through organizing—in part because I am not living as day-to-day as I had been, so I am able to focus on other things besides (not) getting by. In another part, it is because as an artist I have always sought out where and how art and activism meet and I’ve had the opportunity to bring that inquiry to my job. It wasn’t immediate and I didn’t do it alone. 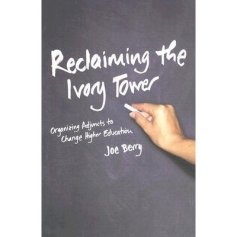 Right before I walked out of the classroom, Adam Overton, another artist and former adjunct professor, put together an audiobook of Joe Berry’s Reclaiming the Ivory Tower. Adam brought together adjunct artists and activists to read sections of the book. Adam and I knew each other from when I lived in Los Angeles and we worked together on The Audacity of Desperation, an art show I organized with Sarah Ross. Since I was involved in national adjunct organizing on-line, I helped Adam find participants. It was right around this time we were each hired to work for SEIU. The Higher Ed campaign was focusing on art schools in California. Adam was hired at Local 721 and assigned to Laguna College of Art and Design (LCAD) in southern California, and I was working at Local 1021 and placed at California College of the Arts (CCA) in northern California.

When the Adjunct Action campaign kicked off, Robby Herbst, another Los Angeles-based artist and perpetual adjunct professor, put together a project that included an SEIU organizer. To round this all out, on a trip to LA shortly after I began working as an organizer, I was telling Nancy Popp, another precariously employed artist, about my fears of no longer being an artist when we ran into Robby at an art opening. He was excited I was working for SEIU, and we made a plan to figure how we could collaborate.

While Adam, Robby, Nancy, and I were in conversations together and with others about art and movement building, Malini Cadambi Daniel, the director of the SEIU International Higher Ed campaign, was interested in starting an artists’ think tank for organizing art schools. While we never quite got this idea off the ground, Adam and I began having regular phone check-ins about our jobs and our ever-shifting relationships to art. A key question we had was “how is the organizing we’re doing similar to how we each worked as an artist?” For example, Adam was a part of Ceci N’est Pas: Art between France and Los Angeles, an exchange that brought performance into artists’ homes rather than art spaces. As another example, I collaborated with Wil Nicholson on Debris: Notes from Outside the Surface, which was a video and installation where we worked together to create an alternative resolution to a crime that cut across race and class realities of the Los Angles art world.

In Los Angeles, Adam was hosting a cocktail hour for artists to discuss unionizing and other ways to create standards. Those standards grew into Art, Education & Justice!—an SEIU-supported event held at Human Resources  on October 12, 2014. This event brought together artists, faculty, students, and allies “with a goal nothing short of fixing our broken higher education system.”

In terms of unionizing, Art, Education & Justice! was an example of organizing a metro campaign (the building of union density within a defined geographical area to raise the standards of a specific work sector or profession as a whole). The metro strategy at its best will build member-to-member relationships beyond a single shop or particular union. The event in LA made clear the relationships between the adjunct campaign and student debt activism. It presented a public face of the union that was new, innovative, and as one of my co-workers said, “Cool.”  150 participants experienced speeches, art installations, experimental music, and even an incantation. And a path was paved to organize a Bay Area version of Art, Education, Justice!

At Local 1021, we had been doing “Print-ins”: like “sit-ins” but participatory public screen printing. Art Hazelwood, visiting faculty at The San Francisco Art Institute (SFAI calls all contingent faculty “visiting,” three years, ten years, twenty years, one is still a visitor) had a long history of doing similar printmaking actions and got the ball rolling. He did this in collaboration with his students, opening up a way for all students to work on the union campaign. My co-worker, Jonathan Nunez-Babb, took the print-ins on as an integral part of SFAI and Mills College actions, establishing this as a common practice for our higher ed campaigns.

The success of the print-ins led to talk by my supervisors of inviting contingent faculty to exhibit their work in the union hall or similar location. This kind of exhibit has its place, but it’s generally more free labor on the part of the artists. My chosen task became educating the union on the fact that professional artists are almost always asked for free labor in social justice movements and that as a union we should establish different practices. Additionally, I believed non-material based contemporary art practices made more sense for organizing.

Since I was hired at SEIU, I have found myself acting as a translator between union culture and academic culture. Now I had to figure out how to translate a form of art making, Social Practice, that is elite by definition since it is predominantly academically educated artists who identify their art making this way. As you may be thinking, non-material based art doesn’t have much meaning to people outside of a small faction of artists, curators, and funders. I was trying to make an argument to my supervisors that something immaterial can lead to concrete workplace improvements and raise standards for precarious workers. My artspeak translation skills were being tested in a new way.

*Regarding the debate about calling ourselves “adjuncts:” For me there is an issue of referring to any group by a single plural adjective. When we use “adjunct faculty,” or “adjunct professor,” I don’t have an issue with the word “adjunct.” In terms of the definition of the term, it is accurate to how administration thinks of us and has designed our working conditions. As one who has identified as queer for more than two decades, I am down with reclaiming pejorative terms. Queer once indicated a politicized identity. The movements of the 1970’s, 80’s and 90’s that acted up and fought back, telling the dominant culture trying to disappear us altogether or at the least keep us closeted, “We’re here, we’re queer! Get used to it!” I think a fantastic part of the adjunct movement has been reclaiming a pejorative institutional name, shifting the meaning to a strong movement fighting back against a practice intended to destroy academic freedom and the economic security an education once offered. So I call myself a former adjunct professor turned union organizer and wear it with pride. As the LGBT, I mean LGBTQ, I mean LGBTQQIA, I mean LGBTQQIAA2P I meant QUILTBAG movement has shown us, what’s in a name?

The opinions expressed via "Majority Rule: the Official Blog of NFM" belong solely to the writers of the posts and do not necessarily reflect the viewpoint of NFM unless NFM's endorsement is explicitly indicated. Organizations and groups found in the sidebar links are likewise not officially endorsed by NFM, but are made available strictly for informational purposes.

NFM makes no representations as to accuracy, completeness, correctness, suitability, or validity of any information on this site and will not be liable for any errors or omissions in this information or any losses, injuries, or damages arising from its display or use.

NFM reserves the right to delete, edit, or alter in any manner it sees fit comments that it, in its sole discretion, deems to be obscene, offensive, defamatory, threatening, in violation of trademark, copyright or other laws, or to be otherwise unacceptable. 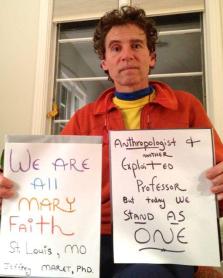